Nepal is one of the most disaster prone countries in the world due to its topography and climatic condition. Earthquakes, landslides, floods, fire, thunderbolts are the major causes of disaster events that caused major damaged in the past, weakening the fragile ecosystem of the country. Economic Vulnerability Analysis shows that Nepal exhibits the largest losses due to large exposure at risk and the high level of hazards. As a matter of these phenomena not only cause loss of lives and properties, but also pose severe threats to physical infrastructure, and also disrupt economic development.

Nepal is the 11th most earthquake-prone country in the world.1 Ever since the first recorded earthquake of 1255 AD that killed one-third of the population of the Kathmandu Valley and its King, Abhaya Malla, Nepal has experienced a major earthquake every few generations. The last great earthquake (of magnitude 8.4) in 1934 AD resulted in more than 10,000 deaths in the Kathmandu Valley. Most of the infrastructure and major heritage sites had to be rebuilt. There have since been earthquakes causing severe human and physical loss in 1980, 1988 and 2011. 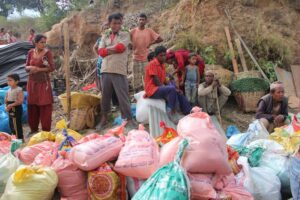 On Saturday, 25 April 2015 at 11:56 local time, a 7.6 magnitude earthquake as recorded by Nepal’s National Seismological Centre (NSC), struck Barpak in the historic district of Gorkha, about 76 km northwest of Kathmandu. Nepal had not faced a natural shock of comparable magnitude for over 80 years.

Objectives and main results of the implemented actions mentioned above 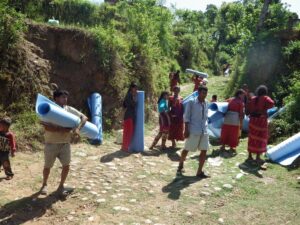 The field relief operation began from one week after the disaster. It was carried out in coordination with the District Administration Office, Village Development Committee, Health Officials, Nepal Army as well as local leaders. Basic health facilities were provided by trained health professionals in various places. In collaboration with multi lateral and international organization such as UN Agencies, DFID, FNCCI, among others also provided us relief materials. YPDSN operation reached 1768 households in various locations of 7 districts: Jhangajhiti, Chandragiri Municipality Wards no 5 and 9; Shankharapur, Ward no 4; Lapsiphedi, Sankhu; Bimire VDC, Ward no 6, Kavre, Thuladurlung, Ward no 1 to 9, Lalitpur, Devitar, Ward no 1, 2, 3 and 9, Kavrepalanchowk, Dhusa, Dhading and Gairibisauna, Deupur VDC wards no 3, 4 and 5, Kavre and so on.

YPDSN has conducted following projects and activities for Humanitarian Actions 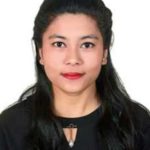 “The youth work sector, voluntary and statutory, and its workforce in its entirety, is clear that their contribution is both valued and understood.”

“Improve the capacities and enable the aspirations of youth so that they can contribute to and benefit from more stable, democratic, and prosperous communities and nations.”

” I have seen with the young adults I work with that it takes only a small amount of exposure to these principles. A small opening is the door and once the person steps foot in the door they are really able to take off.”

“I am excited about the youthful voice that is here – the young professionals who are coming at this with real zeal and passion and information.” 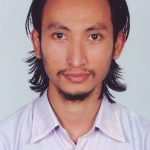 “Younger leaders will play more significant roles earlier in their lives than we have probably ever seen before. That puts a tremendous amount of responsibility on us to develop these leaders as effectively as we can.” 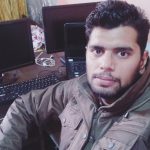 I want to thank YPDSN for this great experience. I learn many new things while working with you. YPDSN team is very friendly & helpful. Thank you so much. I wish you all the best for the future !!!